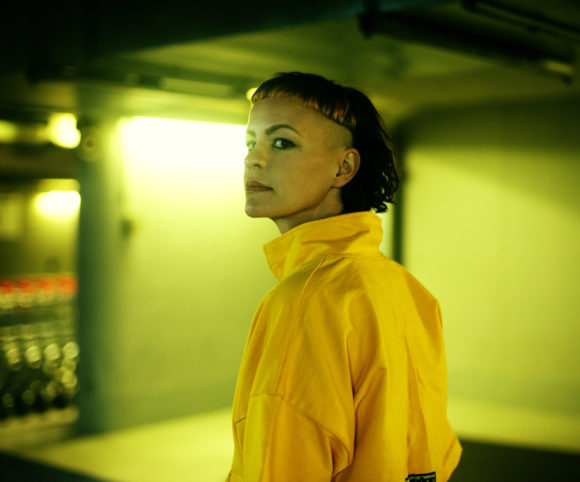 S Ruston lives to blow out parties with sexed up radical sounds, breakbeats, UK bass & rave welded against a techno framework - she knows what you need and she’ll give it to you good.  As resident of Berlin's notorious femme-forward party collective Lecken and of the techno basement of a theatrical house party that is Wilde Renate, S Ruston fully flexes the breadth of her DJ expertise and curatorial skills, rudely plowing ahead with ravey intentions that seek to unlock the audience's inhibitions.

Originating in Bristol formed S Ruston into hard hot coal. As a young runt, she learned to bark loudly over the dubstep of her butch uncles and her voice grew fierce before taking flight as a nomadic DJ & label owner (One4Ho) which further trained her muscles and mind. Landing  in Berlin, where she is now based, she gained political cognisance, loving relationships, and healthy stamina which inspired her queering of the bass continuum. She brings her Bristol studies to bear on the ever-expanding sex-positive queer club scene in Berlin and beyond, developing into a future that foretells the rave as a platform for somatic expansion and collective transformation - a space for solidarity and pleasure activism.

With recent solo releases on queer artist platform Suspension and a vocal collaboration for Zebra Katz's forthcoming debut album 'Less is Moor'. In her latest EP Narcosexual, The Lecken resident summons a vortex of experiences of addictive desire, advocating a sensuous dance floor in a celebration of breaks and high - rave pounding energy'.

As a DJ, S Ruston has held court at Berghain's Saule, Unfold, TrashEra, Buttons, Whole Festival, Pornceptual, HTBX, Warning, Wax Treatment, KILLEKILL, Krake festival, Horoom, Bassiani and THAT televised performance for the Berlin Mauerfall #30 at Brandenburg gate where she served up breakbeat bangers to a 100,000 strong audience. S Ruston guarantees to channel the collective energies and fluids from the dance floor and deliver a hedonistic, rampageous & euphoric climax