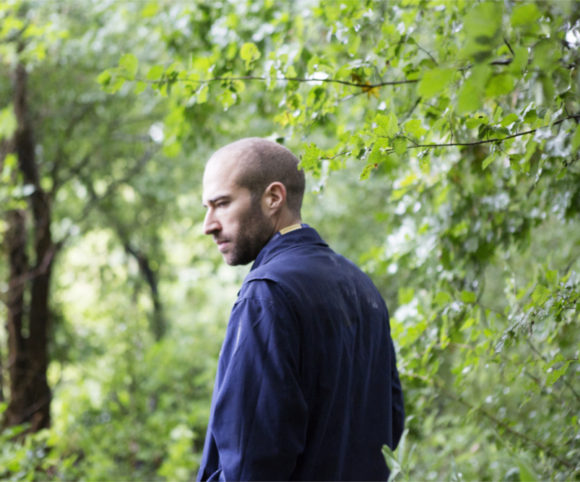 Semtek, otherwise known as Benjamin Roth, is one of the most consistent and familiar figures among the UK’s electronic underground. He began the Don’t Be Afraid label in 2009 to house his own pristine vision of house and techno, scoring acclaim for tracks such as his own Bells, some of which had been percolating in the studio for years, as Roth’s gradually taste evolved from tech-house into the once mutant landscape of UK bass. The spirit and attitude of Semtek’s music gradually attracted more and more attention, with EPs such as ‘Pizza’ and ‘West Acyd Shelter’ becoming offbeat club favourites for more esoteric DJs. Soon, Roth organically expanded Don’t Be Afraid to encompass the work of other, similarly minded artists, including MGUN, The Room Below and Doubt.

Some years, and a generation of dance music later, and Roth has fully established Don’t Be Afraid as a key outpost for charismatic house and techno with a wide margin for both personality and experimentation. Extending its roots and reach from London then to Bristol, the label’s influence has been felt further afield still. Detroit legend DJ Bone chose ‘DBA’ as the home for his critically acclaimed ‘Differ-ent’ project, and Roth continues to spotlight some of the most individual and fastest-rising talents in dance music today, including Karen Gwyer, rRoxymore and Samrai. Keeping pace with his own diverse record bag, Roth has also established both the house-rooted ‘DBA Dubs’ series, alongside  ‘DBA Special Editions’ series, the latter simply an outlet for established artists with whom there exists mutual admiration, respect and of course, transcendent club bangers.

Still, despite his commitment to Don’t Be Afraid and it’s tight-knit crew of artists, his work as Semtek remains a vital creative outlet for Roth, producing tracks informed both by the creative community he has fostered, and his impeccable knowledge of electronic music’s vibrant history. In 2017, his ‘Four Dubs’ EP reimagined the sound of vintage New York clubs such as the Zanzibar and Red Zone into a contemporary context, while away from his own label, his music has found a comfortable home on like-minded imprints including Andy Blake’s World Unknown, Niche N’ Bump and Awkward Movements. He has contributed to a number of esteemed mix series including Little White Earbuds, Groove and FACT, the latter celebrating his raw ability to “mix techno records like they’re 8-bar grime 12s”, while also being just as “happy to let things breathe.”

Whether expanding on his sound in the studio, ushering in an era of risk-taking new DJs and producers or locked in behind the decks, Semtek’s musical world is built on a foundation of understated passion and sheer creativity. It’s a musical calling that speaks for itself and only to one maxim; Don’t Be Afraid.