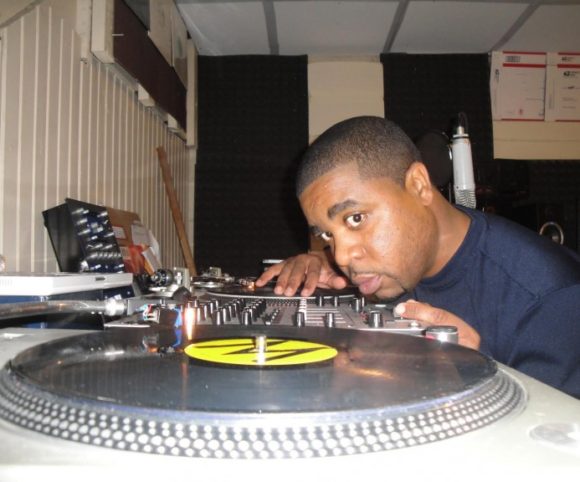 Dj Maaco started as a drummer at age 6 playing for a small church, by age 12 he dropped the sticks and got himself a cardboard and started break dancing! By 14, he was drawing turntables and mixers on his cardboard boxes and pretending as if he was rocking parties. He talked his dad into buying him his very first mixer from Radio Shack, he himself bought a Mcdonald turntable for 35 bucks with the 8 track tape player built in. He rigged it to his mixer and from that he learned how to mix and scratch. AT age 16 Kool Keith(Tucker) showed him an 808, Juno 106, and some other stuff. Keith then pulled out shoeboxes of cassette tapes to let him hear stuff he had been working on. DJ Maaco afterwards bought himself a keyboard and started making music. His first release was in 1992, with a group called “One Nation” and he later hooked up with DJ PDOG and together they formed M.A.P. Records. They put out stuff on their own label as Detroit In Effect. They later hooked up with SERGE of CLONE Records and have since then played numerous times in Europe and the U.K. DJ Maaco has created raw, insistent electro music that moves bodies…. There aren’t many who can resist the rhythms and hooks that he throws down and the attitude he has brought represents that ghetto groove in its purest unfiltered form. With a long history of musical appreciation and creation with influences springing from Gospel through Hip Hop to Techno and Miami Bass, Detroit In Effect bring it like so few can. Irresistible music with enough dirt to satisfy the sleaziest party animal or clarity of tone to inspire the most informed minds.”